In the bad old days of apartheid the accusation was deadly. Any black person suspected of collaborating with the hated South African security police risked a grisly death. Here the suspected informer was down on the ground, beaten and bloodied. Tempers in the crowd were already frayed. It was yet another in a long procession of the struggle funerals: Duduza Township, east of Johannesburg, in July 1985. It was thought that police had killed the four young men we had come to bury. And now the crowd had their hands on a man they accused of being a police spy. They were preparing the petrol-filled tire that was to be his fiery "necklace."

Without pausing to think, I waded into the middle of the angry mob. "Do you accept us as your leaders?" I asked. They seemed rather reluctant, mumbling. "If you accept us as your leaders, you have to listen to us and stop what you are doing." As I desperately tried to reason with the crowd a car arrived, and my colleague Bishop Simeon Nkoane was able to spirit the injured man away. It was only afterward, when I saw it on television, that I considered my own peril. I tell this not as a story of my heroism but as an illustration of the violence we can inflict upon one another.

I am no dispassionate observer of the litany of crime and cruelty that assaults us at every turn. For three long years I served as the chairman of South Africa's Truth and Reconciliation Commission, our attempt to cleanse our nation's soul from the evil of apartheid. For days on end I listened to horrific stories of abuse. I cannot tell you how many times my heart broke as I listened to the confessions of perpetrators and the testimony of victims. Indeed, at times I became sick to my stomach at the horror of what I heard.

It is not only what I have heard of human depravity that has made my stomach churn, but also what I have seen. As the president of the All Africa Conference of Churches, I made a pastoral visit to Rwanda in 1995, a year after the genocide. I went to Ntarama, where hundreds of Tutsis had fled to the church for safety. The year 1994 was not the first time that interethnic violence had gripped Rwanda. With each previous eruption of fighting any church became a refuge, a sanctuary from the insanity beyond its walls. In 1994 the Hutu Power movement respected no sanctuary. Tutsi people were slaughtered in churches throughout Rwanda.

The Ntarama church was no different. It provided no safety for the people, mostly women and children, who had cowered there. The floor was strewn with a record of the horror that had occurred in that place. Clothing and suitcases were scattered among the bones. The small skulls of children lay shattered on the floor. The new government had not removed the corpses, so the church was like a mortuary, with the bodies lying as they had fallen the year before. The stench was overpowering. Outside the church building was a collection of skulls, some still stuck with machetes and daggers. I tried to pray. I could only weep. All over the world people have inflicted unspeakable violence on other people. On missions to the Sudan, to Gaza, and to Northern Ireland I have borne witness to some of the viciousness that human beings can unleash on each other.

Brutality can be as intimate as it is global. Our cruelties are played out in the intimacy of our own homes and neighborhoods as much as they are experienced on the world stage. I have shared my daughter Mpho's anguish as she has described some of her experiences in ministry to me. She has worked with rape survivors in South Africa: a fifteen-year-old girl who spent countless nights sleeping in the school bathroom to escape her father's molestation and her mother's rage and impotence. Mpho cared for an eight-year-old girl twice violated by a neighbor. Because the neighbor had threatened to kill her family, the frightened child named someone else as the perpetrator the first time she was molested. It was only after the second assault that she dared to tell the truth. My daughter sat with an eighty-year old woman brutalized by a stranger. She listened as the doctor who attended the victim struggled to contain her own distress: "The genital lacerations were so ragged and awful, I hardly knew where to begin to sew her up." In Massachusetts, Mpho worked with women of many races and every economic stratum who had fled from domestic violence to homelessness. She has been with wealthy women too ashamed to turn to their friends for support or shelter, and poor women who had nowhere to go. She has provided pastoral counseling to families struggling with the effects of substance abuse: loss of livelihood, loss of self-respect, frayed family ties, and, often, violence.

As married persons, as priests, and as parents we have both encountered the disappointments, failures, and despair that can infect human relationships. Hearing my mother's screams and my father's drunken beatings, I have known that noxious brew of fear and rage that courses through a small boy. Even as adults in our own marriages, we have both known moments when the joy of marriage shrivels in the heat of a bitter argument.

We know all too well the cruelties, hurts, and hatreds that poison life on our planet. But my daughter and I have come together to write this book because we know that the catalogue of injuries that we can and do inflict on one another is not the whole story of humanity, not by a long measure — as I hope you will see and as you no doubt know in your heart. We are indeed made for something more. We are made for goodness.

We are fundamentally good. When you come to think of it, that's who we are at our core. Why else do we get so outraged by wrong? When we hear of any egregious act, we are appalled. Isn't that an incredible assertion about us? Evil and wrong are aberrations. If wrong was the norm, it wouldn't be news. Our newscasts wouldn't lead with the latest acts of murder or mayhem, because they would be ordinary. But murder and mayhem are not the norm. The norm is goodness. 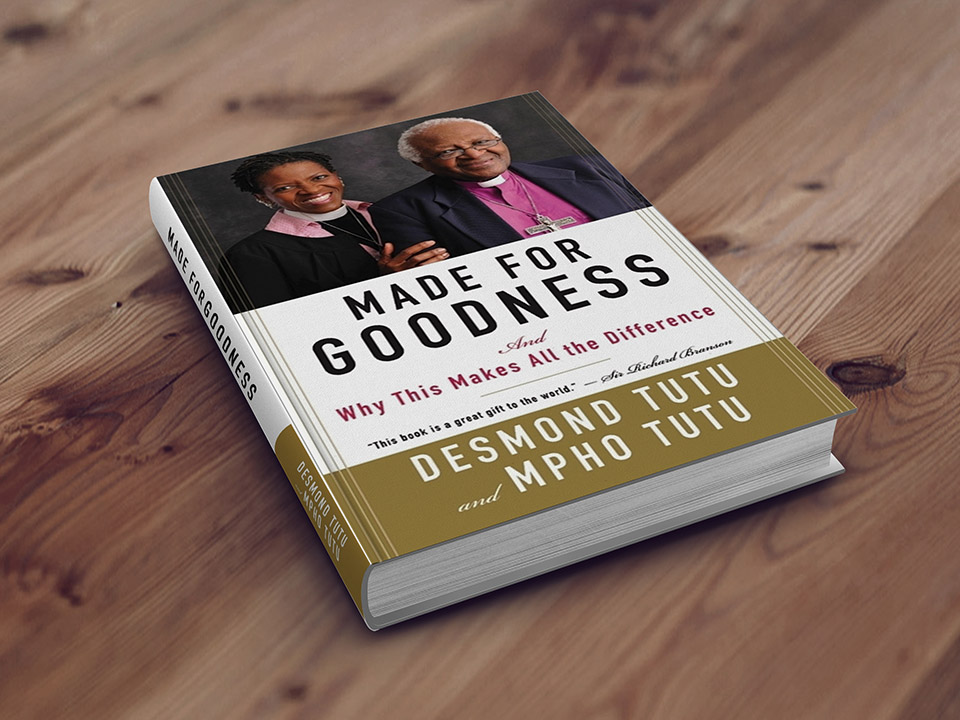 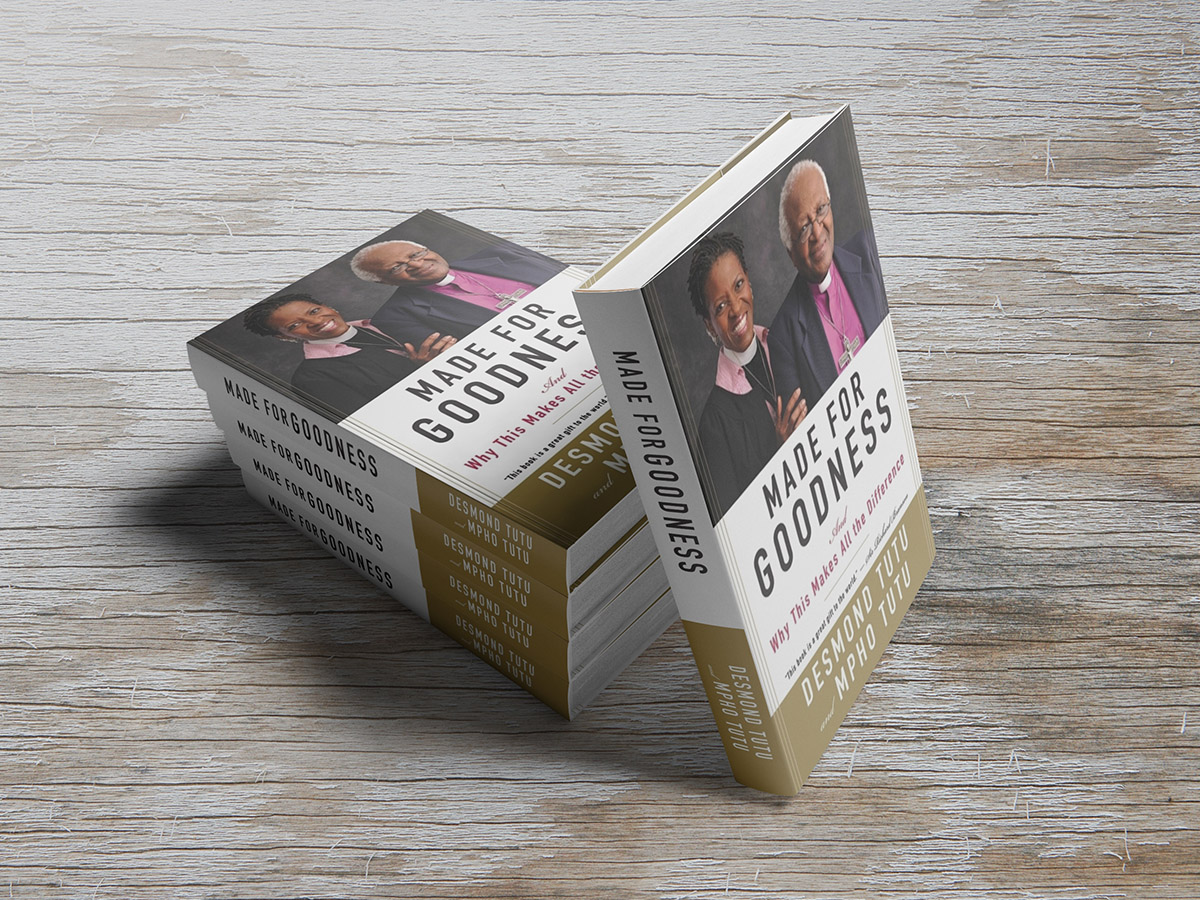